France’s former prime minister Edouard Philippe has been summoned to appear before the Court of Justice of the Republic (CJR) later this month. He risks an indictment for possible offenses linked to the government’s management of the Covid-19 epidemic

The former Prime Minister is suspected of not having ordered protective measures for healthcare personnel and exposed workers, nor of having anticipated the Covid-19 epidemic despite the alerts.

According to daily newspaper Le Monde, he will also have to explain himself on holding the first round of the municipal elections on 15 March, 2020 despite the fact that infections were on the rise.

“I vigorously dispute the charges against me,” he added on Sunday in an interview with Le Parisien.

Philippe is the mayor of the northern city of Le Havre and also president of the political party “Horizons”, close to the presidential majority.

He will be heard on 24 October by the three magistrates of the CJR’s investigation commission on the offenses of “endangering the lives of others” and “voluntary abstention from fighting a disaster”.

This information was confirmed on Tuesday by the public prosecutor’s office at the Court of Cassation, according to the French news agency AFP, which added that neither Edouard Philippe, nor his entourage could be reached for comment.

‘Failure to fight a disaster’

Philippe could avoid prosecution by being placed under the more favorable status of assisted witness, if he manages to convince the judges that at this stage there is not enough consistent evidence against him.

Opened in July 2020, this judicial investigation is being conducted by the CJR, the only authority with the power to prosecute and judge members of the government for crimes or misdemeanors committed while in office.

Philippe’s summons to appear comes a year after the former health minister Agnès Buzyn (May 2017- February 2020) was indicted for endangering the lives of others on 10 September, 2021.

She was placed under the status of assisted witness for “voluntary failure to fight a disaster”.

The former minister of health Olivier Véran, now government spokesman, is also targeted by the investigation, but at this stage, he has not been called for questioning.

The investigations were launched after several complaints denouncing, in particular, the lack of adequate protective equipment for caregivers and the population, and the errors on the need or not to wear masks.

“On the masks, we were wrong,” Véran admitted in September at the release of his book Beyond The Waves, which he used to present his apologies for his actions in this respect.

In 2021, the CJR received more than 20,000 complaints, almost all of which related to the coronavirus and the health pass.

But 19,685 of them, “standard” complaints written in identical terms from a paid form put online by lawyer Fabrice Di Vizio, were dismissed.

To date, according to figures from Public Health France, the Covid-19 epidemic has caused 155,000 deaths in France. 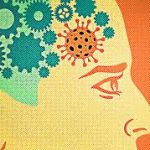 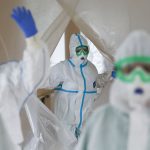 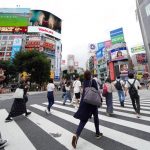